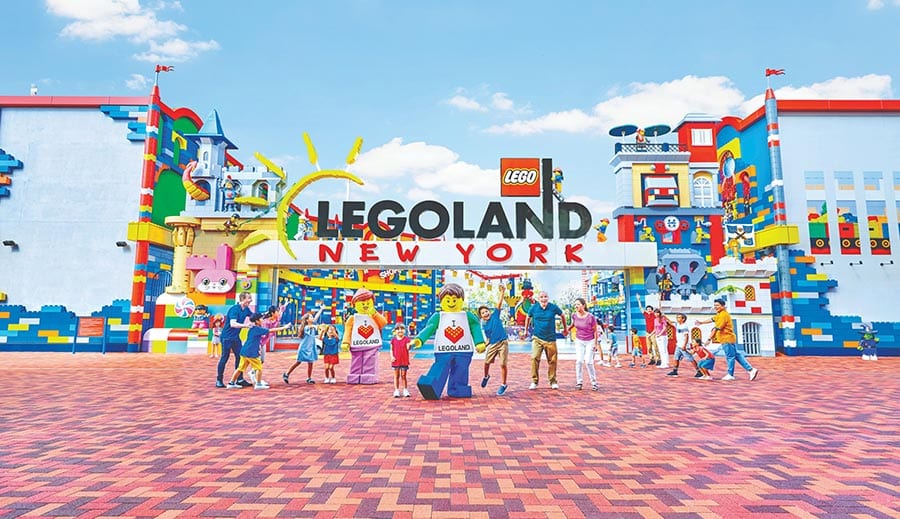 The Only Major Theme Park to Open in the North East in 40 years!

After starting construction in 2018, LEGOLAND® New York Resort opened all seven of their themed lands to the general public on Friday morning. Attending the grand opening was Gov. Andrew Cuomo, joined by other elected officials and regional tourism partners who marked the opening of the theme park by flipping a power switch.

LEGOLAND® New York Resort features a theme park with seven uniquely themed worlds, filled with attractions for the whole family. The theme park also includes a variety of dining options, as well as stores to purchase your favorite LEGO® products. A 250-room resort accompanies the theme park, offering patrons the chance to stay in either pirate, kingdom, Lego Friends or LEGO® NINJAGO® themed rooms. The LEGOLAND® hotel will start accepting reservations on August 6.

The addition of LEGOLAND® New York Resort increases the number of major attractions in New York State that currently reside in Orange County. Sitting 50 miles away from New York City, Orange County provides recreational activities, history, shopping, arts and culture, dining and more for all ages. Enjoy a tasting at one of the numerous wineries, breweries, distilleries and cideries or enjoy the outdoors, rafting down the Delaware River or hiking the Appalachian Trail. Orange County provides fun for all ages throughout the entire year, making the area a premier North East destination.  “Orange County is proud to welcome LEGOLAND New York which joins other attractions that make the County a destination for tourists from around the world,” said Orange County Executive Steven M. Neuhaus. “We had a great opportunity to bring Legoland to Orange County and it will be a major economic draw for the region. Not to mention it has made a lot of young children in the area very happy.”